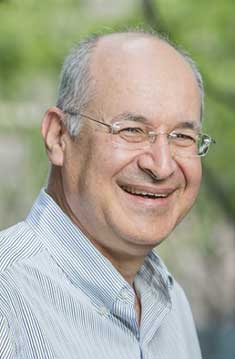 Prof. Francis Barany, whom is part of the Center leadership team, has been named as a 2016 NAI Fellow. Election as a NAI Fellow is the highest distinction given to academic inventors who have demonstrated a prolific spirit of innovation in creating outstanding inventions that have made an impact on quality of life, economic development, and welfare of society. According to the 2016 NAI Activities Report, NAI Fellows have generated more than 8,500 licensed technologies and companies and created more than 1.1 million jobs, with over $100 billion in revenue generated based on their discoveries.

Prof. Barany will attend the Sixth Annual Conference of the NAI at the John F. Kennedy Presidential Library & Museum in Boston, Massachusetts on April 6, 2017 where he will be inducted. U.S. Commissioner for Patents, Andrew H. Hirshfeld will provide the keynote address for the induction ceremony. In honor of their outstanding accomplishments, Fellows will be presented with a special trophy, medal, and rosette pin. Congratulations Prof. Barany!